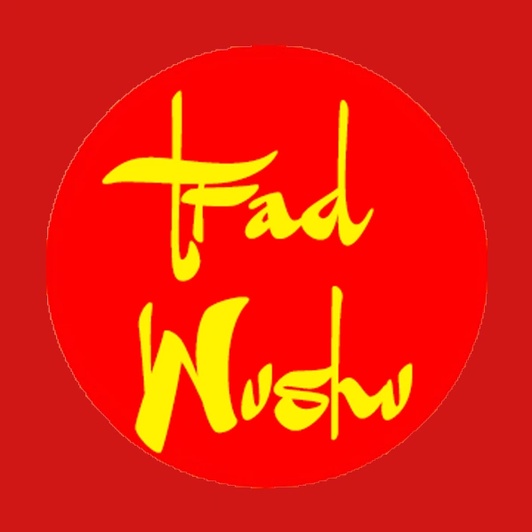 What is Traditional Wushu/Kung Fu?

What is Traditional Kung Fu / Wushu? Traditional Kung Fu / Chinese Martial Arts Styles, Wushu is the martial art of China developed by the Chinese people for self-defence over many centuries. So how can we define what the Traditional arts are? For me they must be developed in China this might seem obvious but I remember some years back a guy in the UK telling me that his style is tradition and it was developed by an English guy 25 years ago so its now traditional!   For me this is nonsense firstly and foremost it should have been developed in China pre 1900 not in the UK, USA or anywhere else in the world.   If you do Traditional Chinese Martial Arts you also have a linage that can be trace back though many generations to the founder, a clear family tree which represents the history of the style.   Only the most committed students will be added to the family tree to pass on the tradition to future generations and preserve the style in its entirety.   Forms in Chinese Martial Arts   One of the things that all Traditional Kung Fu styles have in common is the practise of forms. The forms are prearranged sequences of movements and contain the fighting techniques and principles of their style; these forms have been handed down through generations of Masters and form an integral part of Chinese martial arts training.   Many people today question the validity of forms practise saying that it is now an out dated mode of training and that their styles are only concern with what works and is useful for  real fighting.   The question of what works will depend on the individual and his own natural strengths and weakness.  A traditional Kung Fu style will teach many different techniques which are contained within the forms they can be adapted by the individual for his own self defence needs.   It is also my opinion that only the Masters of the past have had to use their martial arts for real fighting in a kill or be killed situation in war and peace and that only traditional style martial arts have the centuries of REAL fight In the west we can hear everyday of instructors claiming to teach the BEST of a dozen or more different styles.  Paul H Crompton wrote many years back in Karate and Oriental Arts Magazine No. 127  The other side  of this  arguable line is that often people start their own style because they will not face the discipline of going through a traditional style; they want to be teachers  but without training. Their motive is money and / or glory. This type is not worth bothering with for five seconds.

Yang Family Taijiquan  by Sifu Derek Frearson      Master Ou was born in November 1919 in the famous boxing city of Foshan in Guangdong province South China. He was a sickly child and a doctor made two recommendations that he should drink green tea every morning and also practise Chinese Martial Arts. At the age of 11 he joined the Foshan Chin Woo Athletic association to start his martial arts training. His first area of study was to learn the Chin Wu standardised forms from Master Cai Liqu. He then studied Seven Star Mantis style and Eagle Claw Boxing. In 1946 he moved to Guangzhou to study the Yang family Taijiquan from Master Yang Chengfus eldest son Yang Zhenming (Yang Sau Chung) he learnt the Yang Family Fist Form, Broadsword, Straight Sword, Single Spear and Two Person Spear sets and Pushing Hands. In 1947 Master Huang Baixiang taught him the Six Combinations and Eight Methods Boxing a very rare internal system. In 1952 he began the study of Wu family Taijiquan, Push Hands and Wu Daliu with one of the great masters of Wu style Wu Gongzao.  After 28 years of study he began to teach in 1958 and his students number in their many thousands including his first foreign student to have learnt the complete Yang Taijiquan system from him Sifu Derek Frearson. He has travelled to Hong Kong, Malaysia and Beijing to demonstrate and exchange experiences with other Masters including Fu Zhongwen and Dong Yingjie.  Foshan city organised a competition in 1957 and Master Ou was the winner of the Taijiquan and Taiji Sword event. He also represented Guangdong Province in a national event and gained third place in the Taijiquan category.

Qigong for health and wellbeing has been practised since ancient times in China it is now practiced by millions of people thorough out the word as a health maintenance exercise. Qigong has its roots in both Buddhist and Taoist traditions along with Chinese Martial Arts and Traditional Chinese Medicine. These four cornerstones have been responsible for the development of qigong over many centuries. In the past these arts have been a closely guarded secret kept inside Martial Arts schools and monasteries.    In our modern times it’s more widely available for the general public both for individuals and from health professionals, in treatments such as stress related disorders, fibromyalgia, headaches, dizziness Qigong has been very successful.    Qigong can be practised in a seated position, standing and moving depending on the condition of the practitioner.    Western medicine has also seen the benefits that can be attained by the practise of Qigong so much so that you can now get referrals from your doctor (Europe) for qigong lessons paid by your medical insurance.

Down through the ages, martial artists in China lay stress on a combination of internal and external work, mental training in particular. They hold that the training, nourishment and concentration of qi (vital energy) as well as the application of qi in combat are of great importance to martial devotees.    There are various methods of directing qi to a certain part of the body in Wushu training.    Among other thing's the training of qi as internal work and strengthening of muscles, bones, and skin as external one, the flow of qi down to the dantian (elixir field) and summoning strength through the direction of qi are basic skills to be mastered by Wushu practitioners and command great attention in all schools of martial arts.    Of eight training methods in Chang Quan (long-range boxing), for example, Jing (essence of life), Shen (spirit), qi (vital energy), li (power), and gong (skill) refers to the training of the mind, awareness, respiration and innate strength, the application of qi included, while external work involves the use of the hands, the eyes, the trunk and the feet.    Another instance is Nan Quan (southern-style boxing) which emphasises the training of the mind, spirit, qi and willpower in "internal work" and the exercise of the hands, the eyes, the trunk, the waist and the feat in "external work".    Those energy-consuming movements should be completed in co-ordination with exhalation and utterance.    Shaolin martial artists also pay attention to the training of the qi and a man who has just started Wushu practise should do standing exercises before he goes ahead with other exercises.    A book on Shaolin Wushu has this to say about the relationship between standing exercises and training of qi, "In comparison with other standing exercises such as standing on the ground or on stakes, horse- riding stance is the most important".    When you do it well, you can direct your qi down to the dantian and became as firm as a rack." It adds, “Qi appears in the lungs and controls strength during respiration. When you fail to concentrate on training for some time, your qi will get stagnated and flatulence will develop”. Other barehanded exercises also pay ample attention to the training of qi. Taijiquan, for one, requires that a practitioner should move his body with will and in co-ordination with breath.    Will can be used to adjust your breath and direct your qi. And the methods include mental concentration, following your breaths, hearing your breaths and sinking qi into the dantian. The training of qi in Taijiquan is similar to that of Qigong (breathing exercise) and conducted by means of opening, closing, ascending and descending.    If you are a regular Taijiquan practitioner, you must be familiar with such proverbs as “the circulation of qi with will". "The inducement of qi with the mind" and "the flow of qi dawn to the dantian".    "Such is also the case with Xingyi Quan (form-and-will boxing). When you practise it, you should try to attain a perfect combination of mind and will, will and qi and qi and strength.    As a composite organism in Wushu training, internal and external work helps to make a martial artist strong outwardly and sturdy inwardly.    This may be proved by many well-known Wushu masters who never fail to pay attention to the training of qi while improving their physical skills.

The Lion dance is a traditional folk art, which has been practised for centuries, its wide spread  popularity, has extended far beyond the borders of China to all parts of the world. There are many stories about its origin, one of the most popular states that many centuries ago  the land was plagued by famine. One night the emperor dreamt of a strange beast that had the power to bring good luck and chase away evil from the land.  Next morning he ordered the servants to make replicas of the beast and go out into the country to rid the land of evil spirits, this they did and order and prosperity was returned. Another story states that in a certain part of China, a beast would appear at the same time each year and rob the farmers of their crops. While the beast never harmed the farmers physically the  taking of food was a very serious matter. One year the village elder had an idea on how they could scare the beast away, everyone in the village set about making replicas of the beast and at the appointed time everyone went out into the fields with the replicas and pots, pans and musical instruments. When the beast arrived they danced with the replicas and beat the pots and pans making much  noise scaring the beast away. So every year since around the time of the spring festival the lion dancers can still be seen bringing good luck and scaring away evil influences. Its performance can add much colour and festivity to any important occasion. This is most vividly seen around the Chinese New Year, when the lion is used to drive away evil spirits and bring good luck for the coming year. Those who practise the lion dance are mostly kung fu practitioners, the reason being that in performing the dance a high degree of agility, strength and stamina is required. The footwork and various movements such as leaps and jumps are also found in kung fu styles. Great emphasis is placed on depicting the strength, vigour and forcefulness of the lion.